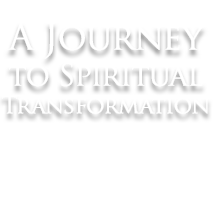 Satan has muted one of the most viable messages the church possesses to bring people to their knees in repentance, the message of the reality of hell.

When we neglect this vital doctrine we’re actually doing irreparable harm and damage in understanding God’s love and grace. To preach the good news of Jesus Christ we also have to preach the hard truth of God’s justice, holiness, righteousness, and yes, hell.

The doctrine of hell is one of the most neglected doctrines of our day, mainly because the church has moved towards a more consumer-oriented seeker-friendly place, and words like “hell” and “sin” are not looked upon favorably.

One old time revival preacher said, “You not believing in Hell don’t lower the temperature there on degree.”

A generation ago Christians believed in the reality of hell, and the very thought of being in hell, the pain and torment, was enough to bring sinners and saints to their knees in repentance.

Preachers of old talked a lot about hell, none more effectively than Jonathan Edwards in his sermon, “Sinners In The Hands Of An Angry God.” It was said that as Edwards talked about hell people began to shake under the conviction of sin. They smelled the smoke and fell to the floor crying out for mercy.

Jesus’s description of what hell will be like should bring shivers to everyone who contemplates its reality.

In the parable of the talents Jesus said, “And cast the unprofitable servant into the outer darkness. There will be weeping and gnashing of teeth.” (Matthew 25:30)